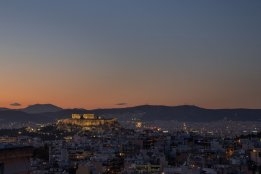 Aurora had hired Malyan in August 2020 as it opened a new office in the Greek capital. File Image / Pixabay

John Malyan has joined the firm's Athens office as bunker trader as of this month, according to an update to his LinkedIn profile on Tuesday.

Malyan was previously a senior bunker trader for Aurora Marine Fuels in Greece, and had earlier worked for Cockett Group.

Aurora had hired Malyan in August 2020 as it opened a new office in the Greek capital.

Minerva's sales appear to have grown significantly last year, with its Singapore unit listed as the city-state's 13th-largest bunker supplier by volume in 2021's list, up from 22nd place in 2020.

Hailed as "the first major commercial berth and cruise port to use plug in technology in the UK."

A MAN spokesman tells Ship & Bunker the fuel supply system in combination with the ME-GI engine will result in 'negligible' methane slip.