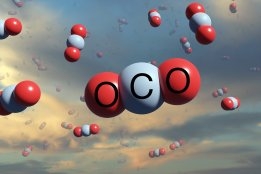 Carbon offsets are increasingly being viewed by the shipping industry as a way of making short-term progress on decarbonisation. File Image / Pixabay

Delta is supporting the growing ESG demands of ship owners and cargo charterers by offsetting the emissions of its barges in ARA and the UK, it said in an emailed statement. The firm, in close partnership with energy company Numerco, buys VERRA and Gold Standard carbon credits on a monthly basis corresponding to the emissions generated from the MGO used by its barges.

"These credits are generated from a range of global projects that not only reduce greenhouse gas emissions, but also provide social, economic and health benefits to some of the poorest areas of the planet," the company said.

When bunkered from Delta Energy's barges, shipowners and charterers are assured of a carbon-neutral supply and the ability to offset resulting GHG emissions from their own bunker purchases. As well as offering carbon-neutral barge deliveries, the company is now offering its clients offsets to cover their bunker purchases or the cargoes their ships carry.

"This is a vital step in the evolution of Delta Corp as a responsible business with the aim to minimize our carbon footprint and that of our customers," Mudit Paliwal, CEO of Delta Energy parent company Delta Corp, said in the statement.

"We see increased interest from shipowners and charterers wanting to undertake carbon-neutral voyages, bunker purchases and this is an added service to our clients."

Carbon offsets are increasingly being viewed by the shipping industry as a way of making short-term progress on decarbonisation while there remains uncertainty over the regulatory and economic environment for the longer-term options of which alternative fuels to switch to. The certification of the offsets being bought will become an increasingly important topic as this section of the market grows.

"Offsets are tools to start meeting carbon reduction goals while implementing a long-term plan, to use alongside other technologies, even in cases of voyages on a mix of bio and fuel oil to reduce the remaining carbon.."

The company is looking for candidates with a degree in a relevant field and a demonstrable interest in international commodity and shipping markets.

NYK Line, IHI Power Systems and ClassNK have signed a memorandum of understanding with the City of Yokohama for the planned vessel to be used there.

ExxonMobil, Grieg Edge, North Ammonia and GreenH have signed a memorandum of understanding to study the possibility of producing green hydrogen and ammonia in Norway.