Scorpio Tankers Warns Scrubber Benefits May Not Be Fully Realised 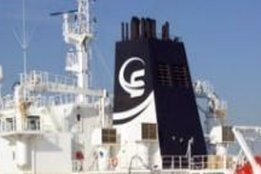 Scorpio has fitted scrubbers to most of its tonnage. Image Credit: Scorpio Tankers

Shipping company Scorpio Tankers has warned investors that it may not make as much money as expected from its scrubber installations after this year's collapse in the spread between high sulfur fuel oil (HSFO) and very low sulfur fuel oil (VLSFO).

"We may not realize all of the anticipated benefits of our investment in exhaust gas cleaning systems," the company said in an earnings report this week.

"The realization of such benefits may be affected by a number of factors, many of which are beyond our control, including but not limited to the pricing differential between high and low sulfur fuel oil, the availability of low sulfur fuel oil in the ports in which we operate and the impact of changes in the laws and regulations regulating the discharge and disposal of wash water."

The company had completed 46 scrubber installations by March 27, and has another 52 scheduled over the rest of this year, it said.

It has paid about $2.5 million per vessel for the equipment.

The spread between HSFO and VLSFO -- representing the fuel bill savings that scrubbers can deliver -- has narrowed from $298/mt at Rotterdam at the start of the year to $62.50/mt by Thursday.

Even at that spread the company is still likely to recoup its capital expenditure over the operational life of the scrubbers, but the profitability of the installations would be severely impaired.

Having announced in 2018 one of the industry's most notable commitment's to scrubbers, the company previously assessed that a high / low sulfur spread of $200/mt to $250/mt would allow its tankers to save between $908,400 and $1,526,175 per year, leading to fleet-wide annual savings of over $100 million.

Hin Leong owns 41% of the terminal, with the rest held by PetroChina and Australian investment bank Macquarie.

Sees move to gas and renewables in offshore and marine division.