Three Missing After Tanker Explosion in Sea of Azov 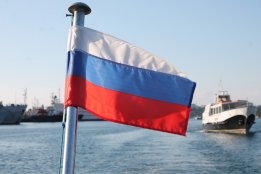 The tanker is registered in Russia. File Image / Pixabay

Three seafarers are missing after an explosion on board a tanker in the Sea of Azov, according to news agency TASS.

The explosion was on board the Russian-flagged tanker General Azi Aslanov.

The explosion is suspected to been have caused by residual fuel vapour igniting, TASS said.

The tanker was in good repair, according to Russia's emergencies ministry, and a commission will investigate the causes of the explosion. The emergency response group will examine the scene of the accident to check for any potential oil spills.

First major change for the Durban-based bunker company since it was established in 1984.

The company has completed conversion of the main engine of BW LPG's carrier the BW Gemini.