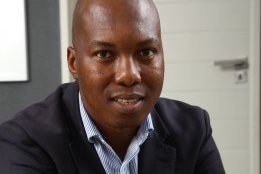 Speaking to Ship & Bunker last year, CEO Aldworth Mbalati said at the time it was hoped an 8,000 metric tonne LNG bunker barge would be active this year.

Now the licence has been granted, Mbalati says the company could be delivering LNG in South Africa "as early as 2021."

The company will now move ahead with completing its terminal, storage, and bunkering infrastructure work that includes a floating storage unit (FSU) in Algoa Bay.

Once complete it will add to the growing number of ports supplying LNG as marine fuel, which Society of Gas as Marine Fuel says there are currently 88.

Niels Rasmussen is set to take on the role from January 3.