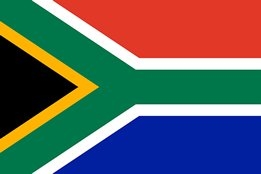 News that a third player is looking to enter South Africa's Algoa Bay / Port Elizabeth bunker market has prompted concern from local groups who say not enough has been done to understand if the commercial benefits outweigh the environmental risks associated with increased bunkering activity.

Local media indicate a licence for a third player is now under consideration by the two issuing authorities, SA Maritime Safety Authority (SAMSA) and the Transnet National Ports Authority (TNPA).

The primary concern from critics is that increased bunkering would lead to increased risk of bunker spills in the environmentally sensitive area that includes the proposed marine protected area of St Croix Island.

Local businesses in the tourism-heavy area have also raised concern over the impact on their livelihood and questioned the benefits of bunkering for locals.

"I cannot get clarity on just how much money filters into the local economy from this operation – one suspects not a lot," local news outlet news24 quoted the owner of a local water sports company as saying.

The critics have requested a "full analysis of benefits and costs" for the local economy, while Zolile Nqayi, a spokesperson for the Environmental affairs department, says SAMSA will ensure that a public participation process takes place as part of the issuing of a relevant operating licence.