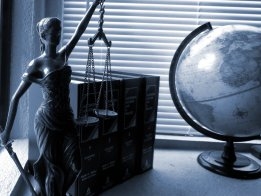 The company alleges that in July Gulf Petrochem FZC "fabricated and falsified several contracts for supplying petroleum products to Gulf Petrol Supplies LLC and issued their relevant invoices in a fictitious and fraudulent manner."

The contracts were for refined product cargoes including fuel oil, they added.

A GP Global representative was not immediately available for comment when contacted by Ship & Bunker after UAE business hours on Tuesday.

"This is for record and to preserve the right of Gulf Petrol Supplies LLC with/against (as applicable) all the parties involved in the criminal lawsuit and what is emerging from other disputes," the company added.

GPS' comments follow the July announcement by GP Global's legal representatives saying it had uncovered fraud by some of its employees at its UAE unit and that criminal complaints had been filed against some employees in Sharjah and Fujairah.

GP Global's bunkering division quickly clarified at the time the financials for the marine fuel segment were sound, but operations at the unit have since been impacted by a financial restructuring exercise now taking place across the wider GP Global group.