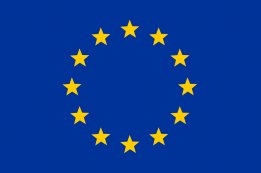 The EU is set to impose its ban on Russian products imports on February 5. File Image / Pixabay

The European Union's upcoming ban on the import of Russian refined products may have an indirect impact on VLSFO via the vacuum gasoil (VGO) market.

The EU is set to impose its ban on Russian products imports on February 5, having already banned crude imports on December 5.

The direct impact on bunker markets may be limited, as little Russian fuel oil is now being sold at the largest European marine fuel hubs. But a knock-on effect may be felt through a European shortage of VGO, a key blendstock for some types of VLSFO.

Russia is still Europe's main supplier of VGO. Of the more than 6 million mt the EU has imported this year, 5.4 million mt came from Russia and 497,000 mt from Saudi Arabia, price reporting agency Argus Media reported this week, citing data from Vortexa.

The Saudi imports may decline next year as secondary processing units at the Jizan refinery come online, adding to the shortage.

India may step up VGO exports to Europe in response, according to the report, with some of this product likely to be refined from Russian crude no longer allowed in European refineries.

The company is looking for candidates with at least five years of experience in executive leadership roles and a working knowledge of how to raise capital outside traditional lines of credit.

But Sen forges ahead with prediction of $100 oil due to China demand recovery.