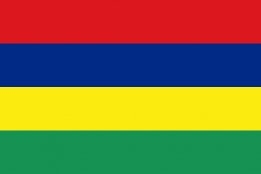 Marine fuel supplier Bunker One's new physical supply operation at Port Louis, Mauritius is set to launch next week, more than a year after the plan was first announced.

The operation is set to launch on November 15 with the arrival of the company's bunker barge the MT Tulip, Bunker One said in an emailed statement on Friday. The vessel will be able to deliver HSFO, VLSFO and LSMGO in separate tanks.

The company has also leased 20,000 m3 of land-based storage at the port.

The firm first announced its plans for Port Louis in September 2021, with an initial goal of launching in the fourth quarter of last year.

"The fact that we will now be up and running with bunker supply at Port Louis, Mauritius, means that our clients can benefit from increased flexibility and service," Michael Hedager, head of trading for North and East Africa at Bunker One, said in the statement.

"It also means that we are now one step closer to our aim of making Port Louis the preferred refuelling hub of the East African coast.

"We are fully equipped to provide high-quality and efficient bunker supply.

"With operations on both coasts of the African continent and in Djibouti, Bunker One can guarantee a dependable supply of products for clients sailing in the busy trade lanes in and around Africa."

Titan, Wesmar and Nordic Hamburg are set to receive EUR 62 million from the German government for the construction of three new barges.

The company is looking for candidates with a degree and fluent English.