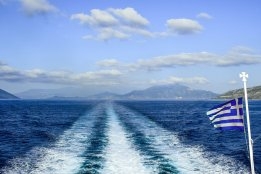 George Rodanakis has joined the company as of this month as a bunker trader in Greece, according to an update to his LinkedIn profile.

Finecor supplies bunker fuels and distillates by truck at various ports across Greece, according to its website. The company was founded in 2001.

Oil may be supported in the near-term by another substantial U.S. stock draw.

While operations at Yantian can now return to normal, disruption from its slowdown will continue to affect the global container market for several weeks.