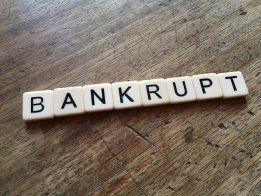 A Dutch ship finance and commodity bank has been declared bankrupt as sanctions imposed on Russia by western powers have affected its business.

Although not itself sanctioned, Amsterdam Trade Bank (ATB), a subsidiary of Russia's Alfa Bank, said in a statement on its website posted April 22 that it had experienced "operational difficulties, as the majority of ATB's counterparties, including corresponding banks and infrastructure providers, find it difficult to continue supporting ATB".

The Amsterdam District Court has appointed A van Hees and JEPA van Hooff as bankruptcy trustees, the statement said.

A sizeable portion of the bank's book is in shipping with commodity trading and energy also making an appearance, according to maritime news provider Lloyd's List.