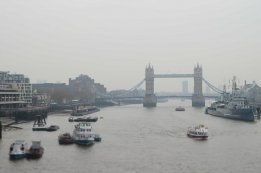 The in-person London-based 'New Nuclear in Maritime' symposium had been scheduled for this Monday, September 19, 2022.

It will now be held on Thursday October 6, at the same venue of the Science Museum in London.

"The postponement is due to the the funeral of HM Queen Elizabeth II which will take place in London on the 19th September," Core Power explained.

As the shipping industry looks to decarbonize, Core Power are among those who argue the current generation of nuclear technology, or 'new nuclear', can play a safe and commercially viable role in industry efforts to reduce emissions.

The project will seek to retrofit a tanker with a hydrogen-powered fuel cell.