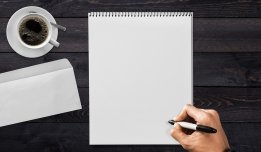 Hydrogen bunkering company Hyon is to work with cruise operator Northern Xplorer on developing hydrogen power for one of its ships.

A letter of intent forms the basis of the agreement which will come into its own when an order for the ship in question is placed with a shipyard.

"The collaboration with Northern Xplorer will allow us to gain valuable insights into the specific needs of the cruise ship industry's entry into zero-emission fueling, while also further developing our hydrogen fueling technology," Hyon's chief executive, Jørn Lindtved, said.

If ordered, Northern Xplorer's MM140 is to have hydrogen fueling technology installed, according to a company statement.

Green hydrogen and fuel cell power for ships is an outlier in the field of alternative bunker fuels. While it stands up well on energy intensity compared to oil-derived distillates, the bunkering infrastructure able to handle the alternative fuel is thin on the ground.

Martyn McMahon has taken over as global director as of this month.

The firm has promoted Morten Langthjem from managing director in Dubai to chief commercial officer of the group.