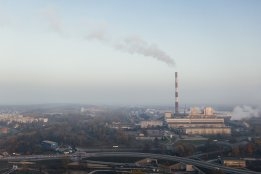 Carbon Clean will capture carbon dioxide emission from an industrial site near the Liquid Wind facility, supplying them for combination with hydrogen to create green methanol, the company said in a statement on its website last week.

Liquid Wind is building a green methanol factory in Örnsköldsvik that is aiming to produce 50,000 mt/year of green methanol using wind power. The facility is due to come online in early 2024.

"Carbon neutral fuel is an incredibly compelling prospect, and it's exciting to partner and have invested in another high-growth business in Liquid Wind to help further accelerate the reduction of total carbon emissions," Aniruddha Sharma, CEO of Carbon Clean, said in the statement.

"We have been successfully deploying our carbon capture technology at industry sites.

"We are now demonstrating how carbon capture can be a source of value creation."

Shipping giant AP Moller-Maersk has said its first carbon-neutral ship will be running on green methanol in 2023.

The firm has hired Mark Bresnahan as head of sustainable fuels and Ana Beatriz Rossetto as bunker trader as of last month.

MSC CEO Soren Toft revealed the figure in a presentation at the London International Shipping Week conference on Wednesday.

As smaller players feel the heat.