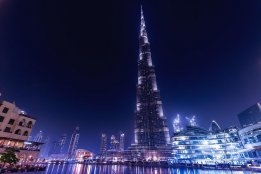 Glander's Dubai office was established in 2006 and is the largest in its network. File Image / Pixabay

Sriram Krishnaraj has joined Glander as senior purchaser in Dubai as of this week, he said in a LinkedIn post on Sunday.

Krishnaraj was previously a bunker trader in Rotterdam for WFS from 2015 to this month.

Glander's Dubai office was established in 2006 and is the largest in its network, according to its website. The firm has a team of 21 staff there, including CEO Carsten Ladekjaer,

The company has nine offices worldwide in Dubai. Florida, Geneva, Montreal, Mumbai, Oslo, Singapore, Tonsberg and Valencia, according to its website.

It is currently 'at best a guess' to determine which alternative fuel will be cheapest in the coming decades, the LNG bunker advocates argue.

ZeroNorth Bunker launched as an improved and integrated Bunker Planner within the ZeroNorth Platform.