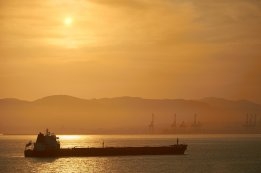 At least three VLCCs have embarked on journeys from Saudi Arabia to Northwest Europe taking the longer route around Africa rather than going through Suez over the past month, news agency Bloomberg reported on Thursday.

While bunker prices are low, little land-based storage is available and buyers expect the value of the crude cargo to rise while in transit, there is an incentive for tankers to take longer journeys.

This will have the effect of giving a minor boost to bunker demand, partly offsetting the demand drops seen in recent months because of the economic shock in the wake of the COVID-19 pandemic.

A record number of container ships are taking similar decisions, with shipping intelligence service Alphaliner reporting this week that 20 sailings taking the Cape route to the south of Africa on their way between Europe and Asia have been spotted since the end of March.

Newbuild to have trials in Japanese coastal waters.