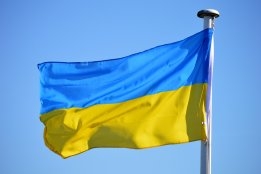 A grain shipment has left a Ukrainian port for the first time since the Russian invasion at the end of February.

The Sierra Leone-flagged bulker Razoni departed Odessa on Monday with a corn cargo to be taken to Lebanon, news agency Reuters reported. The shipment was the first since the start of the full-scale Russian invasion on February 24, which threatened the safety of commercial shipping in the Black Sea.

Last month Turkey and the UN brokered a grain and fertiliser export agreement between Russia and Ukraine allowing shipments to resume. Ukraine is a key supplier of global agricultural commodity markets, and its absence from these markets has been a significant factor in global food-price inflation.

The Turkish defence minister has said more shipments are set to follow Monday's.

Martijn Kelderman has joined the firm as a bunker broker as of this month.

The firm will supply its power system platform to the tugboat Taiga, being developed as a collaboration between Tokyo Kisen and E5 Lab.