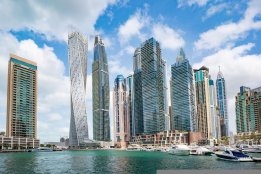 The Dubai office will open on July 1. File Image / Pixabay

Marine fuels firm Bunker Partner is set to expand into the Middle East with a new office opening in Dubai next month.

The firm will be opening its new Dubai office as of July 1, a company representative told Ship & Bunker on Wednesday.

"The new branch office will be led by Mr Matt Pilgrim, who will lead a team of four bunker traders to expand the company's presence in the Middle East and Sub-Continent markets," the representative said.

Pilgrim was previously a senior bunker trader and broker at LQM, and had earlier worked for Sing Fuels and OceanConnect Marine.

Bunker Partner is a marine fuels and cargo trading company with offices in Estonia, the US, Cyprus and Denmark.

FOBAS has seen samples of fuels similar to the recent contamination at the ARA hub in Ulsan and Singapore.