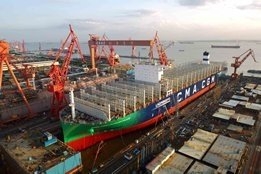 The performance means Rotterdam has achieved its best ever year for LNG bunker sales in just six months, with H1 sales of 93,712 m3.

The recent surge in LNG bunker sales at the port comes as an increasing number of LNG-fuelled vessels enter operation. Data from Society for Gas as a Marine Fuel indicates that globally there are now 185 LNG fuelled ships in operation and a further 212 on order.

Eagle Bulk is currently seeing a freight-rate premium for scrubber-equipped midsize bulkers of about $2,600-2,700 per day.