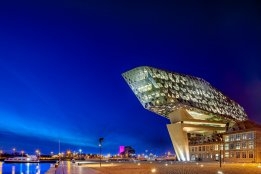 Bunker supplier Trefoil has hired a new trader in Belgium.

Michael De Boeck has joined the company's Antwerp office as of this month, according to an update to his LinkedIn profile.

De Boeck previously worked for Northstar Bunker in Belgium, and before that for Astra Transcor Energy.

Trefoil has supply operations in both Northwest Europe and Hamburg, the latter commencing in 2019 when it took over operation of Bomin's barges in the market. COO Maurice Elfrink stepped down from the company at the end of last year.

Earlier in the year the company announced it was bringing in software provider Inatech for an overhaul of its systems to improve its response to regulatory and market risk.