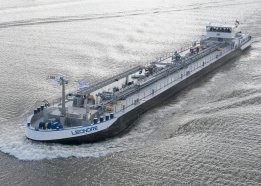 Dutch bunker supplier Trefoil is to rethink how it does business with an overhaul of its information technology systems.

Less manual work and fewer errors should hopefully result from its proposed management systems reworking for which it is had appointed marine tech firm Inatech.

Regulatory and market risk, including new customs rules in the Netherlands, has prompted the company  "to rethink its entire operating system," according said Max Braams, who is in charge of the project.

The company's information technology systems will be consoliated into a single platform, called Bunkertech.

"Bunkertech, a part of our Techoil oil trading platform, is one of the few cloud-based, end-to-end systems which can help the business manage risks and ultimately maximise gross profit per ton," Braams said.