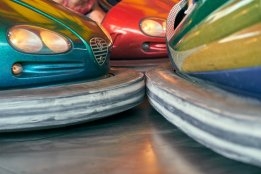 Buoyant distillate stocks and a slowing global economy are putting pressure on diesel margins in Europe.

The weakening market fundamentals are reflected in the front-month December diesel contract which has fallen into contango, with the spot price lower than the forward price.

"Diesel margins have been rather soft into the fourth quarter due to weak global activities, lower refinery turnarounds and a warm start to the winter, while initial demand for transition to IMO 2020 is likely being met by inventory build for low sulphur fuels through 2019," Goldman Sachs was quoted as saying by Reuters.

Indian refineries have been exporting near-record volumes of diesel as domestic demand has weakened.

Much of the extra diesel output, particularly from Asia and the Middle East, has headed to Europe, a major importer because of its large fleet of diesel cars.

European middle distillate stocks, which include diesel, rose more than 10% in November from a year earlier to 410 million barrels, according to the report citing data from Euroilstocks.

In the run up to the 0.5% sulfur limit on bunker fuel, which comes into force from the start of next month, the price differential between high sulfur fuel oil and distillates has been a major talking point. While ample supplies of distillates may narrow the high/low differential, market variables are too numerous to offer any certainty to a bunker fuel market in transition.

Bunker barge availability, the demand demand for 0.5% sulfur fuel and the availability and spot price of high sulfur are all likely to affect prices over the short-term.

A Mediterranean-based bunker fuel trader said that although there is plenty of product, "logistics have yet to be fully organised".

However, diesel would be a useful as blending material if straight run product is not easily available, the trader added.