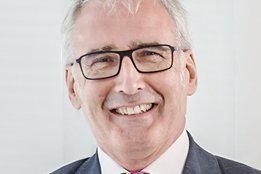 Quadrise Fuels International [AIM:QFI] has announced two new deals it hopes could finally get its MSAR emulsion fuel technology into commercial use.

The first deal is with an unnamed European oil refiner said to be part of an international integrated oil and gas company.

The agreement covers proof of concept and scoping phases of a longer agreement that will look at the potential for the use of Quadrise's MSAR process.

That deal will, for a period of two years, see the pair exclusively target specific countries and selected counterparties for partner with on MSAR related projects.

The announcements come at a precarious time for Quadrise, who last month launched a fresh appeal for cash as it only has funding to last only until early October 2019.

Ammonia could be blended with LNG or diesel to improve its ignition properties and allow it to be used in the current fleet with small engine modifications.

Bunker fuel should be viewed holistically when considering its carbon footprint.