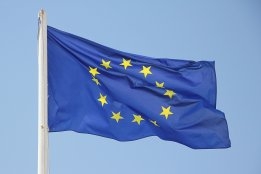 The EU wants to include shipping within its emissions trading system. File Image / Pixabay

With the European Union's progress towards including shipping within its emissions trading system (EU-ETS) getting close to its endpoint, industry body the European Community Shipowners' Associations has published research from former International Maritime Organization (IMO) emissions chief Edmund Hughes as part of its campaign against the plan.

Draft plans from the European Commission (EC) this week showed the EU is planning to bring at least intra-EU voyages into the EU-ETS in the initial stage.

"There should be absolutely no doubt that the industry is fully committed to decarbonisation and green energy transition," Martin Dorsman, secretary general of the ECSA, said in a statement on the organisation's website Thursday.

"Yet many questions still remain as to whether an EU market-based measure (MBM), in addition to other short and medium term measures set by the IMO, would derail the international negotiations at the IMO and revert progress already made."

The ECSA released research jointly commissioned with the International Chamber of Shipping on the potential impact of the EU-ETS extension to cover shipping. The research was written by Edmund Hughes, formerly head of air pollution and energy efficiency at the IMO and a key figure in the drafting of its initial strategy on the reduction of greenhouse gas emissions from ships.

It is clear that regional action risks potential high levels of carbon leakage.

Extending the EU-ETS "may not lead to effective reduction of GHG emissions from shipping either at the regional level or globally," Hughes wrote in the report.

"Rather, it is clear that regional action risks potential high levels of carbon leakage, whereby action by the EU results in absolute carbon emissions increasing outside the EU, in part because whatever the final scope of the scheme is, it will provide opportunities to avoid participation."

Hughes said unilateral action by the EU at the regional level could undermine the authority of the IMO's work at the global level. He also suggested the use of carbon offsets within the EU-ETS market based measure may not be effective in reducing global warming.

"In many respects a global MBM, were one to be adopted, that offers to close the competitiveness gap for the fuels and technologies needed by shipping for decarbonisation, in the fastest and most straightforward manner possible, should be the MBM adopted," Hughes said.

"It is difficult to argue that an Emission Trading System, in particular a regional one, would provide such an approach, especially when compared with a global carbon price/levy on fuel oil purchased for consumption by ships."

Folllow up research to look at e-fuels in situ using Rotterdam as case study.

A further four vessels to receive the upgrades.