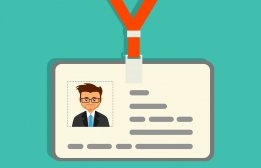 The Port of Rotterdam plans to launch a licensing system for bunker suppliers next year, the port authority said Friday.

"The Port Authority is working closely with other ports including the Port of Antwerp to introduce a bunker permit for bunker fuel suppliers, starting 1 January 2021," the organization said.

"A similar permit is already in place for LNG.

"The intention is for this permit to designate, for the first time, which substances are not permitted in bunkers."

Many port authorities regard with envy the type of bunker supplier licensing system operated by Singapore's Maritime and Port Authority, which gives the authorities there much greater control over the bunker industry's activities in their area of influence.

Traditionally European port authorities have shied away from introducing such a system for fear of overregulation driving demand away to neighbouring ports -- but with a licensing system covering all of the Northwest European ports, this would be a lesser risk.

The absence of representative seal numbers in the BDN will considerably weaken any claim case between the buyer and seller of bunkers in the event of a quality dispute.