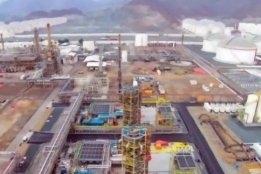 Uniper and Montfort are in the process of finalising the sale after the commodities firm emerged as the highest bidder, news agency Reuters reported on Tuesday. The purchase is valued at about $80 million, according to the report.

Last month Uniper announced it would be selling off Uniper Energy DMCC as one of the European Commission's conditions for approving its bailout by the German government under EU state aid rules. The deadline for completion of all of the company's divestments was set as the end of 2026.

Uniper Energy DMCC has two production trains at a plant in Fujairah producing more than 4 million mt/year of 0.1% and 0.5% sulfur bunker fuels. The plant is a key supplier of VLSFO to the bunker market in the Middle East, along with Vitol's 80,000 b/d Fujairah refinery.

Uniper's Middle East bunker operation also trades cargoes of these fuels to the Middle East, ARA and Asia-Pacific regions from a trading office in Dubai.

The company has additionally been running a partnership with biofuel supplier Neutral Fuels since 2020 to develop biofuel-VLSFO blends for the bunker industry.

Montfort has been a licensed Fujairah bunker supplier since September 2021, with two barges with the capacity to supply up to 50,000 mt/month.

The firm has received positive feedback from customers in a trial period, a representative tells Ship & Bunker.