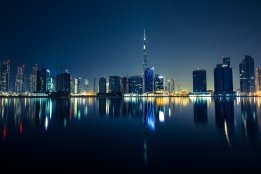 Peter Fynsk has joined the company in Dubai as of this month, according to an update on his LinkedIn profile. Fynsk was previously a bunker trader for Monjasa in Dubai.

Bunker One launched its West African operation in February, supplying primarily in Lome but also serving ports across the region from Ivory Coast to Gabon, with the barges MV Thornton and MV Duke. The operation is run out of Dubai.

In April the company announced it was expanding its operation in the region with the addition of the barge MT Enford.

The meeting was held on December 15.