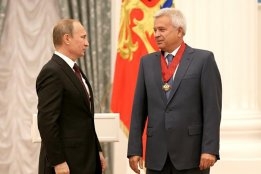 Alekperov has stepped down from his role and his seat on the firm's board as of Thursday, the company said in a statement on its website. Alekperov owned 3.12% of the company as of March 31, according to the statement.

Lukoil publicly criticised the war in Ukraine in a statement early last month, expressing concern over the events in the country and calling for a settlement through negotiations and diplomacy, while most other top Russian companies have avoided commenting on the situation.

But Alekperov has still been targeted by Western sanctions in recent weeks along with other significant executives in Russian commodities production.

LG Chem says move is to use hydrogen in the production of renewable bio-feedstocks.