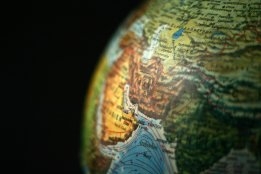 The Iranian tanker, held in Gibraltar for an alleged breach of EU sanctions, has left the port heading east.

According to maritime news provider Lloyd's List, the ship, which is now called Adrian Darya 1 from its previous name of Grace 1, is heading for Kalamata in Greece.

An attempt by the US to prolong the vessel's detention failed to pass the Gibraltar court dealing with the case.

According to some commentators, the ship's release could lead to an easing of regional tensions in the Gulf region and the possible release of the tanker, Stena Impero, which iscurrently being held by the Iranian authorities.