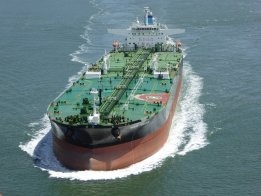 Flows of Russian fuel oil have switched to markets in the Middle East since the start of the Russian-Ukrainian conflict.

Flows of Russian fuel oil going to the Middle East have risen every month since February hitting 155,000 barrels a day (b/d) in June, according to a report by Bloomberg citing trade data

Over the same period, inflows into Europe fell by 30%, the report said.

According to Turner, Mason & Co oil analyst Jonathan Leitch, "the flow may get bigger" towards the end of the year as sovereign shipping insurance, primarily from Russia, will be made available to cover such shipments of oil products.

But according to Energy Aspect oil analyst Koen Wessels future shipping insurance-related restrictions may stem the flow as Russia will then be mostly dependent on its own fleet to move cargoes.

Seen in context, and even though June's Middle East imports from Russia are likely to be surpassed by July's, they amount to a fraction of Russia's total oil-product exports.

These imports are also far from making up for the drop in Europe's imports from the country, which were down by more than half a million barrels a day between February and June, the report said.

Over a third of the Russian oil-product imports to the Middle East went to the oil storage and bunkering hub of Fujairah in the United Arab Emirates.

Duct/rudder system can achieve up to 8% savings on fuel

NABU has released its latest Cruise Ranking 2022 report, criticising the sector's reliance on fossil bunker fuel and a lack of environmental planning.