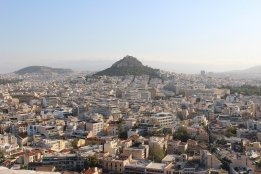 The new hire is based in Athens. File Image / Pixabay

Symeon Tsigaridas has joined the company's Greek operation as a trader in Athens as of this month, he said in an update to his LinkedIn profile on Wednesday.

Tsigaridas was previously a bunker trader for Riviera Marine SAM in Monaco.

The firm is listed in Ship & Bunker and SeaCred's 'Top 10 Bunker Companies for 2022' report, with an estimated 3.5 million mt in sales last year. The company is based in Dubai.

"It's not something that we see as a major step on the way, but it can solve a few things along the way," Maersk Oil Trading's Mikkel Kannegaard said at the IBIA convention.

Portsmount worked with SMS Towage to make the change.

Lukoil Refinery in Sicily May Be Sold: Report