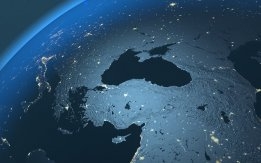 Demand for VLSFO in the Black Sea region is on the rise thanks to increasingly competitive bunker prices, regional physical bunker supplier PMG Holding has told Ship & Bunker.

While data from the Ukrainian Sea Ports Authority (AMPU) shows cargo turnover at Ukrainian ports in the January-August period increased by 5% YoY to 80.8 million tonnes, bunker volumes have lagged behind and remained relatively flat.

"Black Sea ports of Ukraine and Russia have historically been attractive bunkering spots for many operators, but at the beginning of 2020 the uncertainty related to VSLFO product resulted in historical premiums/discounts in European ports to be distorted," said Michael Malamen, Senior Bunker Trader at PMG Holding.

PMG Holding attributes this shift to Russian producers, historically the predominant cargo suppliers in the region, being unprepared and not sufficiently incentivised to produce sufficient quantities of VLSFO entering 2020.

This resulted in severe shortages of cargo in the Black Sea region, in turn sending VLSFO price premiums in 1Q 2020 to $40-$60/mt above competing ports.

"PMG were among the few suppliers in the region who had uninterrupted supply of cargo during the transition period," said Malamen.

"Going into 2Q 2020 we have seen a gradual decrease in the Black Sea bunker premiums vs Med and Asia, and this is continuing into 2H 2020. Premiums even turned to discounts both in Ukraine and Russia, but a few clients were still deterred from planning supply in Black Sea."

As oil prices plummeted and cargo availability was restored, Black Sea VLSFO prices have been restored to their historical levels compared to other European bunkering hubs

"PMG are now seeing a few clients which had switched to Malta and Gibraltar now returning back to Black Sea," Malamen notes.

The contract includes the option for three more tankers.