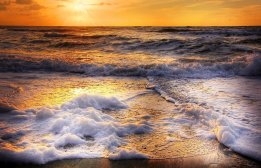 Pipeline operators Gascade and Fluxys have applied to the European Commission to qualify for fast-track approvals and funding for a green hydrogen pipeline in the North Sea.

The two pipeline infrastructure companies said in a joint statement they are seeking to help to speed up the development of a hydrogen economy, Reuters reports.

Their 400 km pipeline, called AquaDuctus, could become a collecting path, or "backbone", for electricity output from offshore wind power production sites that would be converted on-site into clean hydrogen via electrolysis plants.

Shipments would start in 2030 from the wind park SEN-1 in the North Sea. In subsequent years, wind farms further offshore in Germany's exclusive economic zone in the North Sea may be linked up to transport hydrogen from plants operated by other countries, such as Norway or Britain, into Germany.

Studies identify up to 100 gigawatts of hydrogen capacity potential in the German and European North Sea, the statement said.

According to IDtechEx analyst Luke Gear, the lack of bunkering infrastructre is a constraint on the commercial viability of green energy sources such as ammonia and green hydrogen to fuel ships. But Gear has pointed to change in this market from early in the next decade as the infrastructure begins to take shape.

US Fuel Oil Demand Dropped on Year in November

Residual fuel oil deliveries in the US reached 0.3 million b/d in November, down by almost a third from a year earlier.

The company expects the new vessels to have 50% lower fuel consumption than its previous generation of car carriers.