IBIA's London Pre-IP Week Event to Go Ahead in Person 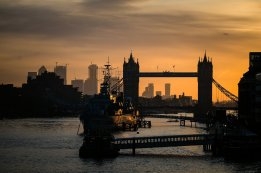 Industry body IBIA's annual pre-IP Week event in London next month is set to go ahead as an in-person gathering.

The organisation is set to stick to its plans to hold a 500-person dinner at the Grosvenor House hotel in London on February 21, a representative told Ship & Bunker on Tuesday. The event has remained popular despite COVID-19's effect on travel, selling out not long after tickets went on sale last year.

Nerves over the Omicron variant of COVID-19's spread in Europe had led to other events being delayed or postponed. Last month the organisers of Nor-Shipping announced that event would be moved to April from its original dates in January in order to keep it as an in-person event.

The IBIA dinner is one of the key events in the bunker industry's calendar and in normal years regularly attracts more than 1,000 attendees.

IBIA plans to host a series of other in-person events this year as things stand.

The Going to Clean Ship Future event will be held in Istanbul on June 22, the IBIA Mediterranean Energy and Shipping Conference 2022 will be in Malta on September 13-15 and the IBIA Annual Convention 2022 will be in Houston on 15-17 November.

The US saw 0.4 million b/d of residual fuel oil deliveries in November.