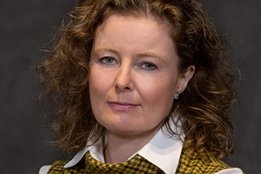 Scrubbers are a recognised solution to dealing with air pollution under MARPOL Annex VI but recent local bans on washwater discharges from open loop systems have increased a widespread misconception that there are no safeguards against their environmental impact.

The recent bans and negative sentiment expressed in the press has created uncertainty about the viability of this particular solution to reducing sulphur emissions from ships at a time when the market is already under a lot of stress about how to cope with the 0.50% sulphur limit taking effect at the start of 2020.

IBIA would like to offer some observations and background to help clarify the situation, which can be summarised as follows:

Below are more details on these points.

We hear a lot of emotive language, asserting that open loop scrubbers are dealing with an air pollution problem but creating a new one by "dumping waste water" into the sea. That's an oversimplification and ignores the fact that the International Maritime Organization (IMO) has set out Guidelines for exhaust gas cleaning systems (EGCS Guidelines) which include washwater discharge and monitoring criteria to safeguard against environmental damage.

The accepted science when EGCS were included in MARPOL Annex VI as an alternative to using lower sulphur fuel to remove SOx...was that the buffering capacity of the world's oceans can absorb the sulphates without causing harm.

The IMO washwater discharge criteria sets strict limits for a set of measured parameters to prevent harmful pollutants that may be found in the exhaust gas from ending up in the sea. This includes turbidity (to safeguard against heavy metals and ash), polycyclic aromatic hydrocarbons (PAH) to control any oily discharges and pH. The pH criteria are more stringent in port than during manoeuvring and in transit. This means that washwater has to be treated before it is discharged to remove solids like metals and oily waste. In an open-loop system, sulphur oxides (SOx) scrubbed out of the exhaust gas form sulphates which dissolve in the washwater. The acidity of the washwater is neutralised by seawater, but if the natural alkalinity of seawater is low, the efficiency of the scrubbing itself may be reduced and it takes more water to neutralise the pH before the washwater can be discharged.

The accepted science when EGCS were included in MARPOL Annex VI as an alternative to using lower sulphur fuel to remove SOx, which are harmful air pollutants, was that the buffering capacity of the world's oceans can absorb the sulphates without causing harm.

Ship emissions cause atmospheric pollution including SOx and particulate matter, which start off airborne but are deposited after a while. Most of these deposits end up in the sea, but a portion blows ashore where it can contribute to acid rain, and there is a negative effect on air quality in coastal regions. MARPOL Annex VI sulphur limits were set to prevent this atmospheric pollution, but the risk to the aquatic environment has been considered.

For the time being most ships are expected to use low sulphur fuels from 2020. Unless a significant portion of the world's ships were to use HSFO and open loop scrubbers to reduce SOx emissions instead of low sulphur fuels, the overall contribution to ocean acidification from ship exhaust gases should not increase.

There are some concerns about the impact of washwater discharges in more localised areas with high shipping density that may be vulnerable to increased pH or ineffective removal of other pollutants, such as some coastal waters, estuaries and rivers, ports and enclosed bodies of water. Hence we have seen the use of open loop scrubbers banned in some such areas already, and there may be more to come.

Actual impact would be subject to local conditions. Decisions to implement a ban on washwater discharges should be based on scientifically sound environmental impact assessments in each case, but in some cases we will see local authorities taking a precautionary "better safe than sorry" approach to environmental protection without any such assessment. The Irish Port of Waterford has already done this, and has banned discharges of washwater from exhaust gas scrubber systems within its jurisdiction "given the potential for impact on ecosystems" because currently "there is no assessment of the long term environmental impacts". Singapore and Fujairah have not provided any public documentation providing impact assessments to support their respective upcoming bans on washwater discharges, set to take effect in 2020.

Carnival, which is on course for having close to 100 ships fitted with EGCS by 2020, has taken part in a voluntary programme with DNV GL to understand which chemicals are present in the washwater discharge and how the EGCS process may affect water quality. The results – based on 79 washwater samples from the first 23 Carnival vessels with EGCS – were good, with a company official claiming that the discharged water was cleaner than the water taken in by the ship to use in the system.

Currently the use of systems using water to clean ship exhaust gases, both open and closed loop scrubbers, is allowed under MARPOL Annex VI. Bleed-off water from closed loop systems can also be discharged as washwater after onboard treatment, or led to a holding tank for later discharge if a zero discharge mode is required. No proposals have been made to prohibit their use even if there are some parties calling for water discharge bans on the basis of concerns about the environmental impact.

IMO might eventually go that way, but it would need to be formally proposed by one or more member states and go through the process of regulatory amendments. Recognising that a ban on washwater discharges from scrubbers would be a serious blow to shipping companies that have invested millions in them, any proposal and subsequent decision would need to be supported by new research demonstrating that the washwater causes unacceptable environmental risk.

As mentioned above, the IMO has established EGCS Guidelines which include washwater discharge and monitoring criteria to safeguard against environmental damage. These were first issued in 2009, they were updated in 2015 and they are currently under review to refine them further. The discharge criteria remain the same so the review is chiefly to clarify issues around monitoring of washwater, emission testing and approval of scrubbers. This should help ensure that the monitoring of EGCS washwater is effective to ensure the discharge criteria are met.

EGCS role in implementation of the 2020 sulphur limit

The IMO's decision to implement the 0.50% sulphur limit in 2020 hinged in part on the ability of a portion of the global fleet to be compliant by using EGCS in combination with burning HSFO. The decision taken by the IMO in October 2016 was based on an availability study which used a model predicting that ships with scrubbers would be burning some 36 million metric tonnes of HSFO accounting for 11% of total global marine fuel demand in 2020.

That forecast may be too high as orders were slow to take off until the second half of 2018, but a portion of the fleet will be ready in time and more will come on stream during 2020, reducing some of the demand on global refining capacity to produce sufficient compliant low sulphur fuels to meet global marine fuel demand.

With less than a year before the global bunker fuel sulphur limit falls from 3.50% to 0.50%, there is still a lot of uncertainty in the market as to whether there will be sufficient compliant fuels available in 2020. A number of refinery modelling experts say it will be tough even if refiners make a concerted effort to meet demand from the marine sector, and there is no doubt that implementing such a dramatic global fuel specification change over a short period of time will create pressure on supply. This is not a good time to sow doubts about the feasibility of open loop scrubber installations as that will increase the pressure on low sulphur fuel supply.

Even with major ports like Singapore and Fujairah banning scrubber washwater discharges, ships will still be able to use open loop scrubbers at sea which accounts for most of their fuel consumption. As such, owners that have opted for open loop scrubbers will still be able to use them as their primary MARPOL Annex VI compliance option, but will need to use compliant fuels or systems that can operate in completely closed loop mode in locations which prohibit washwater discharges.

Former IMO Emissions Chief: We Have to Be Open-Minded About Nuclear Power

New nuclear technology is "less risky, frankly, even perhaps compared to hydrogen and ammonia," according to consultant Edmund Hughes.

Sponsor Content: Improve Your Business with This Special Software Solution for Bunkering

Inland Container Ship Planned to Run on Hydrogen by December

The company expects the ship to be running on hydrogen by December.