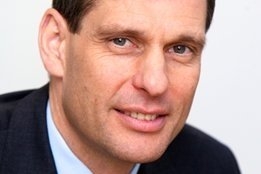 Much has been said recently on the quality of bunker fuel; specifically, that it's getting worse.

Indeed, at last month's IBIA dinner, Jens Maul Jorgensen declared no less than "something is wrong" as off-spec fuel samples reached an all time high in 2013.

Ship & Bunker had the opportunity to speak to Iain White, field marketing manager at ExxonMobil Marine Fuels & Lubricants, about the latest quality issues facing the industry, what it means for bunker buyers, and what lies ahead for 2015.

S&B: Iain, thanks for talking the time to talk to us today. Bunker quality issues are certainly nothing new, but the data clearly points to a worsening of marine fuel quality in recent years. Are there any clear reasons why this is happening?

as refineries invest to increase their yield of higher grade product, this reduces the quality of the residual fuel

IW: If you look at the trends in refining requirements with the more stringent environmental guidelines for inland fuels – petrol, gasoil, diesel for trucks - in many countries they are more stringent. They are having to produce low sulfur fuels and there is a knock on effect to [the quality of] residual fuels. Also, as refineries invest to increase their yield of higher grade product, this reduces the quality of the residual fuel.

If you look at somewhere like Singapore, the bunker market has grown dramatically, but there is no more product being produced. More cargoes are being imported and there is a lot more blending going on that is not necessarily compatible, rather than fuels that are all coming out of the same refinery.

S&B: It's been suggested that the newer, so called Eco-Ships have engines which are much more sensitive than previous vessel engines. Are we entering a new era where bunker quality is more important to vessel operators than ever?

IW: I would not agree that the new engines are more sensitive from a fuel perspective, but [Emissions Control Area (ECA)] requirements are driving the sulfur levels you can purchase and use. The later engine designs, if we're talking slow speed two stroke engines, are ok using MFO. The challenge is more people on board need to understand the fuel treatment system.

S&B: Off-spec low sulfur bunkers seem particularly problematic, with high levels of cat fines being one of the more notable issues. Do bunker buyers need to be extra vigilant when purchasing their ECA complaint fuel?

IW: I think bunker buyers need to be more vigilant buying any fuel! There will still be ECA fuel oil for the rest of 2014, but 2015 will see the end of fuel oil in ECAs.

It needs to be remembered that ISO8217 is a commercial specification, not a quality standard

Cat fines I think is a more general issue, not specifically an ECA fuel issue. In 2010 the ISO8217 commercial specification changed that limit from 80 ppm to 60 ppm, but a lot of buyers are buying on 2005 spec when they could get a 25% reduction in the cat fine limit just by buying fuel to a more recent specification. I think they would be wise to do that. But a lot of engine manufacturers recommend not having a level higher than 15, so the spec alone is not going to protect you from a problem.

S&B: The fact that quality problems aren't just limited to off-spec bunkers is something highlighted in the recent "top-tips" issued by ExxonMobil Marine Fuels & Lubricants. For instance you give the example that bunkers with a water content within the ISO 8217:2012 permitted level of 0.5%, could cost the buyer thousands of dollars more in practice compared to a higher quality marine fuel with a lower water content.

IW: It needs to be remembered that ISO8217 is a commercial specification, not a quality standard. If you buy 1,000 tonnes of fuel, a supplier can legitimately sell you 5 tonnes of water in that, and they haven't done anything wrong. They are selling you water at 600 dollars a tonne.

Water content out of the European refineries is typically a trace - less than 0.05%. A refinery in Singapore, because of humidity, is typically higher but the maximum you will see is approximately 0.15% water. The industry average water content of marine fuel - from DNVPS testing - is 0.26%.

some $1.3 billion is purchased off-spec on Singapore figures alone

So if a customer has loaded fuel with high water content, they then have a work load issue using purifiers and they then have the oil/water waste to remove - meaning they could have to pay up to three times! So buyers should pay attention to what they're buying and go with a supplier that will minimise the risks.

S&B: What's the scale of the problem - are there a large number of suppliers pushing the limits of ISO8217 every day, or are these more isolated occurrences?

IW: I cannot speak for other suppliers but look at the numbers: FOBAS say between 3-5% of all samples they see are out of spec on quality every week. And those are the ones that are well and truly off spec. There are higher numbers quoted by other testers.

The Singapore market is 43 million tonnes, so 3-5% of off-spec fuel means some $1.3 billion is purchased off-spec on Singapore figures alone.

S&B: The natural assumption would be if you were buying a better quality product then it costs more. Is that true and does that cost ever outweigh the benefits of buying better quality bunkers?

IW: I cannot talk about other companies prices but the fuel market is very transparent, so if our price isn't appropriate then no-one buys the fuel. So no, it shouldn't make any difference. However, when one reads the media with all the reports that are going on, in Singapore it is clear there are things going on that there shouldn't be.

Cat fines will destroy an engine in days if the fuel isn't purified properly and could end up costing you $100,000's to replace liners

If you just look at the cost of when things go wrong, like the water example, the 0.5% water limit of the specification means buying fuel approaching that limit which is legitimate, at 600 a tonne it's making a difference of $3 a tonne.

And there are a number of different elements that have a cost penalty. Cat fines will destroy an engine in days if the fuel isn't purified properly and could end up costing you $100,000's to replace liners.

So if you think $0.50 a tonne on price makes difference, make sure you're comparing apples with apples - it can easily cost you several dollars a tonne when things go wrong.

A good example was a lube test we did. The vessel had a lot of monitoring equipment on it. The engine had a major problem on one voyage that we picked up as wear – more specifically, high levels of iron in the scrape down oil. It turned out that in bad weather the cat fines got stirred up and as a result, within a week we had a severe problem. We only knew because we had the monitoring equipment. Regularly you won't know until it's much too late.

When you consider all these things it is surprising that people don't buy fuel to the latest spec.

S&B: So why don't people buy to the latest spec?

IW: If you look at charterers buying fuel, they don't own the ship so attention to detail around maintaining vessel performance may not be as high of a priority as a vessel owner for example, who pay more attention, and get the benefits too.

S&B: What would your advice be to buyers who were looking to consistently purchase higher quality bunkers?

IW: Pay attention to who you buying from. Always buy to the latest spec. Always test from a lab. That way you have maximum chance of not creating any problems.

S&B: Finally, 2015 is rapidly approaching and as we've said, with that comes the tightening of sulfur limits in ECAs. Can buyers expect that to bring a new raft of quality concerns?

Fuel oil goes in hot, whereas distillate fuel goes in at ambient temperature. So that switch needs to be done carefully

IW: What you're going to have is a lot more distillate as that is the only 0.10% product you can use. I cannot see a blend of fuel oil and ULSD. The amount of low sulfur fuel oil will reduce and the only low sulfur you'll see is that which is naturally low.

The days of a vessel running on a single fuel are gone now.

I don't think there will be issues running multiple fuels for the engines, the challenge is the fact they have to switch the fuels, and that needs to be done carefully to avoid blacking the ship out.

Fuel oil goes in hot, whereas distillate fuel goes in at ambient temperature. So that switch needs to be done carefully - ships' crews need to pay a lot of attention to doing that. At the moment HSFO to LSFO is dealt with both products hot, so that's not an issue.

A further 5 million mt of quotas for 2020 will be issued later this year.

But health experts insist this will merely trigger round two of the pandemic.