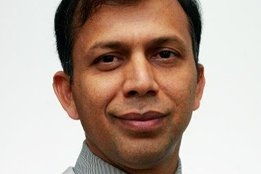 Bunker fuels change ownership when they pass through the barge line and enter in to the vessel's manifold (often referred to as custody transfer point). The quality of the delivered product is usually weighed against the ISO 8217 specifications. There are several revisions of the ISO 8217 specification available, with 2012 being the most recent one.  A supplier may call it a success upon delivering an 'on-spec' product. However, the true test of a buyer's success lies in properly handling and consuming the fuel, problem-free, with no damage to his machinery.

On board fuel management starts already in the storage tanks before transferring to other tanks for settling, followed by centrifuging and final draining in the service tanks before passing over to engine.  Unless the fuel sample is collected from various points of the system and tested for quality, the operators will not know whether the fuel treatment plant is working efficiently and whether the fuel entering into the engine is fit for use.

ISO 8217:2005 specification allows cat fines up to 80 ppm in bunker fuel whereas many engine makers recommend it to be below 15 ppm at the engine’s inlet

Buying an on-spec product does not necessarily mean that it is fit for engine use. An on-spec product may remain or become unfit for engine use due to mishandling or insufficient fuel treatment. On the other hand, it is also possible to make an off-spec product fit for engine use through proper treatment.  For many parameters the ISO spec limits are different (higher) than the limits as specified by the engine manufacturer. This is due to the fact that the ISO 8217 sets maximum limits for the fuel as delivered but before fuel treatment. A very good example is catalytic fines, the combined Al & Si levels.  ISO 8217:2005 specification allows cat fines up to 80 ppm in bunker fuel whereas many engine makers recommend it to be below 15 ppm at the engine's inlet. The ISO 8217:2012 specification however, has a stricter cat fines limit of 60 ppm.

Another critical parameter is sediment and VPS 2014 data shows, 5% of on-spec HFO bunker samples had Total Sediment Potential (TSP) ranging from 0.07%m/m to 0.10%. It is vital that sediment is reduced as much as possible to prevent clogging of filters.  Half of the problems reported by Chief Engineers in 2014 is related to excessive sludging and filter clogging, although the fuels used by these vessels met the ISO specifications.

VPS recommends that a Fuel System Check be carried out at regular intervals, at least four times a year or whenever the bunker fuel has elevated levels of impurities

Separators are considered the most important component of the fuel treatment plant and plays a vital role in improving fuel quality. If an on-spec fuel has 80 ppm cat fines and further settling reduces it to 65 ppm, a 77% reduction is still needed to make the fuel fit for engine use. The operators may have high expectations from their crew and machines but the reality is alarming.  VPS' 2014 Fuel System Check (FSC) data shows that the average reduction of Al+Si was 57% i.e. a fuel with 80 ppm cat fines will not be sufficiently cleaned by such separators. Even if fuel is bought under the ISO 8217:2012 specification which has a limit of 60 ppm, 57% reduction by separators will not be enough to make the fuel fit for use. The discouraging fact is that FSC results from a few dozen vessels suggested that the separators simply acted as pump (garbage in and garbage out) with zero reduction of impurities. A separator should perform at minimum 70% reduction capacity in order to sufficiently clean a fuel containing 80 ppm cat fines.

The only foolproof way to monitor fuel fitness is to analyse system samples. Testing system samples is critical, in particular when the level of impurities (Al+Si, water, sediment) in bunker samples are elevated. Record keeping of the results becomes an asset during an engine damage because without it, the ship operator may not be able to trace the fuel responsible for the damage.

VPS recommends that a Fuel System Check be carried out at regular intervals, at least four times a year or whenever the bunker fuel has elevated levels of impurities. As a minimum requirement, samples taken before, after the separators and before engine should be analysed to measure the separators' efficiency and at the same time, know the quality of the fuel at engine inlet.

Tracking the end quality not only minimises the risks of costly operational breakdowns and downtime, but also raises the bar for the safety of the crew, the vessel and the environment.

Harun Rashid is Technical Manager at Veritas Petroleum Services. He can be contacted at harun.rashid@v-p-s.com