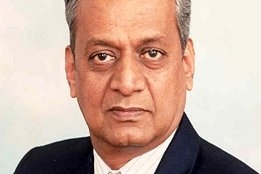 In this analysis some numbers gave been assumed even though they may not be very accurate, in order to understand the problems and solutions. The purpose is to get a holistic view of the bunker industry.

If all the excess high sulfur fuel is turned into coke, the extra cost is estimated at $35 billion

If we assume that the current bunker market consumes 230 million MT of HFO, the scrubbers will use 10.5 million MT out of the 230. This will leave 219.5 million MT of HFO. It is estimated that LNG may be fitted on about 600 ships. This is equal to 600 x 5250 = 3 million MT. There will be other alternate fuels such as methanol, biofuels etc. which will amount to 1 million MT. Out of the balance 216 million MT, 6 million MT may be used up by new Pet coke plants.

If all the excess high sulfur fuel is turned into coke, the extra cost is estimated at $35 billion. One coker plant of 40,000 barrels per day costs $ 1 billion. Global coking capacity currently is 4.7 million barrels per day. Hydrocracking is not very popular but assuming that 2 to 3 more plants are commissioned for hydrocracking this will account for another 10 million MT. This leaves us with approximately another 200 million MT.

The Problems Facing the Industry Will Be:

A. How to get 200 million MT of low sulfur required by the shipping industry? It is safe to assume that this much quantity of low sulfur fuel is available since the CE Delft study has confirmed this.

Unless a solution is found, every year there will be a further accumulation of 200 million MT of HFO

Looking at the supply chain, refineries sell the fuel to dealers, traders and suppliers who are currently using tankages which contain high sulfur HFO. Tomorrow if they change over to low sulfur fuel and assuming the refinery will be able to supply, they will have to clean up all their tanks and fill them up with low sulfur fuel. The outcome of this will be that they will not buy 200 million MT of high sulfur fuel and the refineries will have to store them.

Unless a solution is found, every year there will be a further accumulation of 200 million MT of HFO.

Refineries will not have the storage capacity and since these are residual fuels, there is no further secondary refining processes except for hydrocracking and Pet coke (already covered). It takes 5 years and 500 million USD for a hydrocracking plant and an equally big lay out for a Pet coke plant.

There is some amount of low sulfur crude and therefore low sulfur heavy fuel available in South America. This accounts for about 15 million MT where the sulfur is less than 0.5%. This heavy fuel can be used for blending with HFO to bring the sulfur up to 0.5%. However, this quantity is not significant.

With demand on high sulfur fuel dropping, the prices of high sulfur fuel will go down. Equally, with demand for low sulfur fuel, their prices including MGO and MDO will increase. Therefore, the differential cost between high sulfur and low sulfur fuel which is currently $200 per MT can go up to $500 or even more. What this means is that the viability of the scrubber installations, which is about 1 year will reduce to 5 to 6 months or even less. This makes installing a scrubber a very attractive proposition. A huge number of scrubber orders will be generated. With each scrubber installation, the quantity of high sulfur fuel will go down by 5250 MT every year. Assuming 10,000 scrubbers flood the market, it will still use up 52.5 million MT of heavy fuel. Not only ship owners but charterers (with more than one year charters) will be interested in fitting scrubbers.

One big surprise development could be a low cost desulfurization of liquid fuels, where the sulfur will be removed at the liquid fuel level itself

Therefore, the process of changeover is likely to go on for 2/3 years. How does the industry face this situation? They may have to follow the current Coast Guard practice of FONAR (Fuel Oil Non Availability Report). While the FONAR system may be abused to some extent, the reality is that FONAR will continue. As more and more ships go for scrubbers, more and more of the high sulfur fuel will be used up. This could lead to a reduction in the differential cost between high sulfur and low sulfur but, it will never go below the current $200 per MT. During the transition period, how do refineries store the huge quantity of heavy fuel oil? They would use every available space, every available tankage and strategic reserve underground spaces, super tankers till an equilibrium situation is reached. Because of the reduction in heavy fuel oil prices, more shore based industries will use heavy fuel oil. This is more likely where the regulations on emissions in land based installations are weak or not enforced.

One big surprise development could be a low cost desulfurization of liquid fuels, where the sulfur will be removed at the liquid fuel level itself. This desulfurization has to be far less expensive than hydrocracking and far less hazardous in terms of high pressure, high temperature and hydrogen usage. Even if this development comes about, it will make a small dent in the High Sulfur fuel excess in the market.

Overall, an equilibrium situation will be reached with lots of scrubbers forming part of the solution. For some companies, not wanting to travel down the scrubber part, the fuel price to pay will be very high.

Dr. R. Vis, whose name VISWA LAB carries, is first a Marine Engineer and has a Doctorate in Metallurgical Engineering, a Masters in Internal Combustion. He is on the Roster of Experts of the International Maritime Organization (IMO), a Consultant to the Department of Transportation (Maritime Administration – Federal Government of USA), and a member of CIMAC Working Group for Heavy Fuels and Lube Oils and ASTM D2 Committees. Dr. Vis has personally inspected over 4,000 ships as a Classification Surveyor, has had many publications in highly regarded journals, and is globally referred to as the “bunker guru”. After his career with American Bureau of Shipping, he worked as a scientist with NASA for 6 years before starting the lab. Viswa Lab is the second biggest lab in Bunker Fuel Testing in terms of the samples tested. Viswa Lab is also involved with Energy Efficiency, Emission Reduction, Scrubbers, EEOI and instrumentation for all these.

Load factors in the second quarter were 82% on average.

Jesper Rosenkrans of TotalEnergies Steps Down From IBIA Board

IBIA's board has decided not to find a replacement for Rosenkrans in the immediate term.