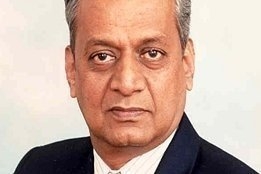 We had earlier reported that we had subjected the scrapings from seized fuel pumps of vessels using the Houston area bunkers to FTIR analysis. We noted the presence of large quantities of acids and organic nitrogenous compounds. We were not completely satisfied with these results and wanted to carry out more detailed analysis to help us in tracing the source of the contamination.

We have now completed the pyrolysis GCMS analysis of the scrapings obtained from fuel pump plungers. Here are our findings.

In our opinion, the contribution of 4‐cumyl phenol towards the sticky problem is, at best marginal

Based on the above and other results obtained during additional tests recorded earlier we would like to conclude as follows.

Presence of 4‐cumyl phenol in a small quantity is acknowledged in one of the problem bunker samples. However, the contention that it helps in epoxy resin formation (a sticky substance) is not confirmed since other epoxide monomers which should have been present are not seen.

In our opinion, the contribution of 4‐cumyl phenol towards the sticky problem is, at best marginal.

Houston has a concentration of petrochemical plants and there are multiple waste streams from literally hundreds of chemicals in these plants. We are therefore not able to identify a single source for the contaminants found. Our findings so far:

Our conclusion is that multiple waste products from multiple sources have been collected and have been introduced into bunker fuel as cutter stock. This cutter stock material would have assisted in reducing the viscosity of the bunker fuel and that too at minimal cost.

The only way to completely unearth this mystery is to make the supplier of this fuel provide the sample of the cutter stock, which they must be retaining, and also a truthful statement about the source of the contamination. It is possible that they themselves may not have known the composition of the cutter stock; but the source from which they have purchased would certainly know.

Dr. R. Vis, whose name VISWA LAB carries, is first a Marine Engineer and has a Doctorate in Metallurgical Engineering, a Masters in Internal Combustion. He is on the Roster of Experts of the International Maritime Organization (IMO), a Consultant to the Department of Transportation (Maritime Administration – Federal Government of USA), and a member of CIMAC Working Group for Heavy Fuels and Lube Oils and ASTM D2 Committees. Dr. Vis has personally inspected over 4,000 ships as a Classification Surveyor, has had many publications in highly regarded journals, and is globally referred to as the “bunker guru”. After his career with American Bureau of Shipping, he worked as a scientist with NASA for 6 years before starting the lab. Viswa Lab is the second biggest lab in Bunker Fuel Testing in terms of the samples tested. Viswa Lab is also involved with Energy Efficiency, Emission Reduction, Scrubbers, EEOI and instrumentation for all these.