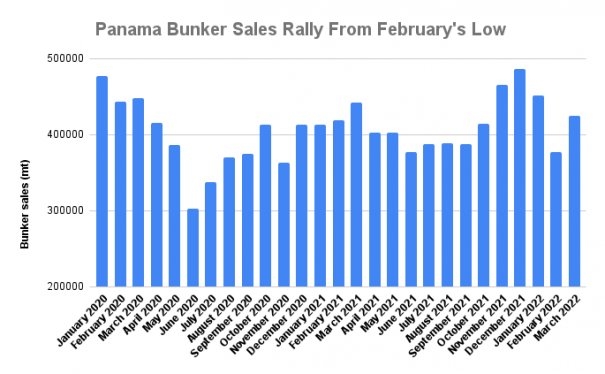 Bunker sales in Panama continued to decline on an annual basis in March, but rallied from the eight-month low seen in February.

Total sales reached 425,073 mt in March, according to preliminary data from the Panama Maritime Authority (AMP). The total was down by 3.8% from a year earlier but up by 12.6% from February's level.

Panama's annual drop in March follows a similar fall in Singapore last month. Bunker demand at the world's largest bunkering hub dropped by 10% on a yearly basis last month but rallied by 7.7% from February's seven-year low.

The company is looking for candidates with a degree in a relevant field and a demonstrable interest in international commodity and shipping markets.

The European Parliament has voted against a package of measures including extending the ETS to shipping.

Christoffer Pedersen has joined the firm in Panama City as general manager of its Panama unit as of this week.