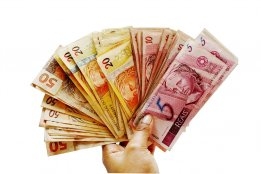 The May figure of 1.11 million tonnes of fuel oil beat February's figure (and previous record) by 10%.

But compared to the same month a year ago, the increase amounted to 231%, according to news agency Mercopress.

The company has focused on bunker fuel exports as the global market switched to a lower sulfur content product.

The company was reported as saying the new global specification on sulfur in marine fuels is behind the increase.

The company is looking for candidates with a commercial mindset and stakeholder management skills.