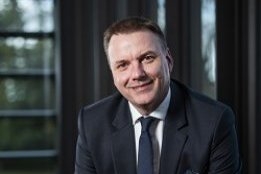 Bunker One CEO Peter Zachariassen said there are no plans to scale down the company's US operations. Image Credit: Bunker One

Marine fuel supplier Bunker One says it remains committed to a US expansion despite the departure of its managing director in the country.

Sara Shipman, formerly managing director of Bunker One USA, left the company last month, according to her LinkedIn profile.

Shipman has been a well known figure in the bunker industry, recently giving presentations at both Maritime Week Americas and the IBIA Annual Convention.

"It is correct that we have parted ways with Sara Shipman," Peter Zachariassen, CEO of Bunker One, told Ship & Bunker Thursday.

"Details on a replacement will follow at a later stage.

"We are not scaling down on our US operations, still committed to expand our presence in the US."

Bunker One announced an expansion of its US operations a year ago, led by Shipman, adding a physical supply operation at New Orleans.

"Surveyors are there to protect all of your interests," says Christopher Bieda, BQS Operations and Training at Lloyd's Register.

Saudi Aramco thinks the worst effects of the lockdowns are over.

The company plans to have a design ready for its concept, the Orcelle Wind, to work with a shipyard by mid-2022.