Repsol Sold 1 Million MT of VLSFO in Singapore During 2019 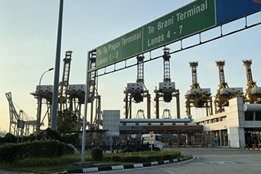 Repsol says in 2019 it sold nearly 1 million metric tonnes of IMO2020 compliant VLSFO fuel in Singapore ahead of the new global 0.50% sulfur cap that came into force yesterday.

While an exact time frame for the sales was not given, official sales data from the Maritime and Port Authority of Singapore (MPA) indicates the new 0.50% sulfur fuels were not being lifted in significant volume until November.

Even then, HSFO remained Singapore's most popular grade of marine fuel in November, albeit by a relatively small margin.

In an emailed note today, Repsol added that to date it has also sold more than 60,000 metric tonnes of VLSFO in Spain.

Repsol produces the VLSFO products at its refineries in Spain and Peru.

The move would make Canada the seventh Arctic country to support the ban.