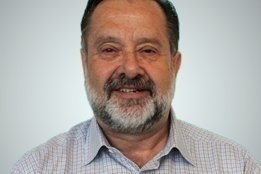 Rules mandating the use of mass flow meters (MFMs) for bunkering in Singapore have saved likely saved marine fuel buyers some US$1.7 billion since they were introduced in 2017, significantly more than official estimates, according to calculations by Adrian Tolson, director of marine consultancy BLUE Insight.

In a note issued earlier this month by the country's Maritime and Port Authority (MPA) it was estimated that potential savings from its TR 48 "Technical Reference for Bunker Mass Flow Metering" standard were SGD80-199 million (USD $$59-146 million) per year.

The estimate focuses primarily on the operational benefits and efficiencies gained from the standards.

In contrast, Tolson's calculations are based on his real-world experience of historical short delivery levels and the fact MFMs all but eradicate traditional volumetric malpractices such as aerating bunkers - more commonly known as the "cappuccino effect".

"Using my background in physical supplier, and by looking at the wholesale to retail spreads that existed in the pre-MFM era, I would say that on average the pre-MFM bunkering was shorted by at least 2.5%," says Tolson, who has over 30 years' experience in the physical supply markets during which he held senior positions with major players including Chemoil, OW Bunker, and Aegean.

To be clear, no official estimates exist for the scale of short delivery malpractice in Singapore or elsewhere, although historically legal claims have been filed in Europe alleging suppliers have shorted deliveries by as much as 30%.

While Singapore has prosecuted individuals for short deliverers in the past, and when MPA announced in 2014 it was making MFM use mandatory local market participants universally said they expected bunker prices to rise as a result, then MPA Chief Executive Mr Andrew Tan said simply the technology would "provide better assurance to both the bunker buyers and suppliers on the quantity of bunker delivered."

Tolson's savings calculation was made using annual average bunker prices as indicated by Ship & Bunker's Benchmark Bunker Prices for Singapore, and MPA's official bunker sales volume data which is derived from the BDNs issued by the country's officially licensed suppliers.

The negated delivery shortfall of 2.5% was then factored in from January 1, 2017 for IFO sales and July 1, 2019 for MGO sales (which is when MFM use for IFO and MGO bunkering became mandatory respectively) up until the start of Q4 of 2020.

Such a calculation for Singapore is only possible because it is one of just a handful of ports that release official figures for bunker sales volume, and the port stands alone in the level of detail it publishes.

"Short deliveries are not something that was unique to Singapore, and it is something that still happens in many ports today. However, Singapore remains the only port to date that has put the standards in place to effectively tackle such malpractice and demonstrate a willingness to enforce those rules," Tolson added.

"The primary purpose of mandatory MFM use is to ensure the full delivery of ordered bunkers and that's what it has done. The MPA should be praised because it is clear the benefit to shipping is significant."

The call mounts for OPEC to suspend its January output relaxation.

The Poseidon Principles are helping to bring forward questions about the decarbonisation agenda into current discussions with potential lenders.