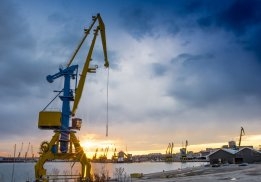 The ship, once in service, will work in the Singapore bunker market, the world's biggest bunkering hub. The barge is one of two being built at local shipyards.

LNG is seen by some as a viable alternative to oil-derived bunker fuel although the main constraint on its development is the perceived lack of infrastructure to deliver the fuel to ships.

The contract is expected to account for up to 10% of total Asian LNG bunker demand in 2023.