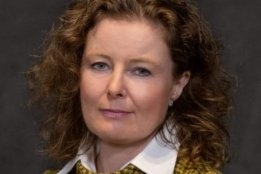 Einemo is director of IBIA as well as the industry body's IMO representative. Image Credit: IBIA

Bunker industry body IBIA has welcomed the Port of Rotterdam's plans to make the use of mass flow meters (MFMs) mandatory for bunker deliveries there.

As Ship & Bunker reported earlier this week, the port authority is currently preparing to announce the change. The new rules could come into effect as soon as January 2024, and sources said the port authority does not plan to provide suppliers with subsidies to cover the cost of the equipment.

MFMs are an accurate method of measuring the volume of fuel delivered, and their universal use could go some way towards eliminating the bunker industry's quantity dispute problem.

Unni Einemo, director of IBIA, told Ship & Bunker much of the industry would welcome the new regulation.

Estimates on what it means in terms of the extra cost per tonne of bunkers delivered suggest it's really not much.

"This is great news; we will be very supportive of it," Einemo said on Thursday.

"It aligns with the goals of the IBIA Bunker Licensing & MFM Working Group.

"We do realise, of course, that it's going to be a bigger financial burden for bunker suppliers in the region than it was in Singapore, because in Singapore the Maritime and Port Authority provided financial support covering half the cost of installing the mass flow meters.

"But estimates on what it means in terms of the extra cost per tonne of bunkers delivered suggest it's really not much.

"In Singapore, they have estimated time savings ranging from one to four hours for each bunkering operation.

"These operational benefits and reduced manpower time, as well as time and cost savings on reduced need for dispute resolution, have the potential to make up for the cost of installing and certifying MFMs within a relatively short time."

Einemo highlighted the results of the survey created by the IBIA Bunker Licensing & MFM Working Group, which BIMCO takes part in. When IBIA and BIMCO jointly surveyed their members earlier this year, they found widespread support for further use of MFMs and bunker supplier licensing.

Singapore's licensing system for bunker suppliers has been key to the success of the mandatory use of MFMs there since 2017, allowing for checks that the systems are all calibrated in the same way and are not tampered with.

But rather than needing a new bunker supplier licensing system like Singapore's to support an MFM mandate, the Port of Rotterdam's current system of licensing for barge operators may be sufficient, Einemo said.

It's a fairly simple add-on to the terms and conditions of obtaining and keeping a licence for the barge.

"The current licence in Rotterdam is a barge licence," she said.

"If they decide to make mass flow meters mandatory, then it's a fairly simple add-on to the terms and conditions of obtaining and keeping a licence for the barge.

"They may consider adopting a standard similar to Singapore's SS 648, which covers the requirements of bunker quantity measurement using a Coriolis MFM system.

Einemo is due to speak at the IBIA Annual Convention 2022 in November. The convention will be held at the JW Marriott Houston hotel on November 15-17. The event will start with a welcome reception followed by a series of keynote speeches, presentations, panel sessions and networking opportunities over the following two days.