Car Maker Aims for Carbon-free Shipping in a Decade 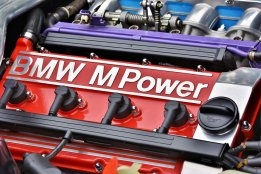 Shipping is to be included in car manufacturer BMW's decarbonisation plans.

The company has joined a cross-party coalition of companies, government and other interested parties -- called Getting to Zero Coalition -- to effect the change.

With shipping accounting for around 50% of its supply chain emissions, the car maker has said that it wants to be carbon free by 2030, according to trade news provider Motoring Reseach.

The goal would be reached by using only zero-emission cargo ships to transport its goods, the report said.

According to its website, the coalition is a partnership between the Global Maritime Forum, Friends of Ocean Action, and the World Economic Forum.

Its work builds on the shipping industry-backed initiative, Call to Action in Support of Decarbonization, launched just over a year ago. LNG bunker player Probunker is a member.

Ghani has been an active and well-regarded minister for the maritime sector in the UK, launching a plan last year seeking to have zero-emission vessels active in UK waters by 2025.