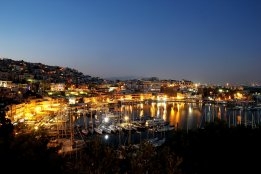 The new hire will work for Sing Fuels from Piraeus. File Image / Pixabay

Panos Tiskleas has joined the company as senior trader in Piraeus as of this month, according to an update to his LinkedIn profile.

Tsikleas had previously worked as a trader for Integr8 Fuels and as a manager for Aegean Marine Petroleum.

Sing Fuels was named as one of Singapore's fastest-growing companies earlier this year, opened a Houston office in January 2020 as part of a US expansion and hired a chief of staff in Singapore in March.

At the end of last year the company expanded beyond the bunker market, launching a base oil trading desk.

Staal will be in charge of all of the firm's day-to-day business.

Weaker exports compared to import behind the fundamentals.