Greens Zero in on Scrubbers at IMO 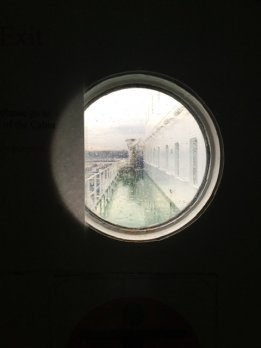 Environmentalists will be active at the International Martime Organisation this week as they seek to to influence the debate on shipping's use of exhaust gas cleaning systems.

A review of the guidelines for exhaust gas cleaning systems, also called scrubbers, and an evaluation and harmonization of rules and guidance on the discharge of liquid effluents from scrubbers into water will be debated at the Pollution Prevention & Response sub-committee (PPR7) meeting being held at the IMO’s headquarters in London.

According to non-governmental organisation Stand.earth, Friends of the Earth International, World Wildlife Fund and Pacific Environment have submitted a paper to the sub-committee called Refining the title and scope of a new output on the discharge of liquid effluents from EGCS which addresses their concerns..

The paper, which is supported by Stand.earth, calls for consideration of the impacts of scrubber effluent on areas of cultural and ecological sensitivity.

Kendra Ulrich, senior shipping campaigner at Stand.earth, said that the cumulative impact on the marine environment of scrubber waste being discharged into our seas "was not adequately considered prior to allowing their use".

Ulrich added that many scrubbers use open-loop systems, which "effectively turn air pollution into water pollution".

The terminal is expected to handle 441,000 mt of fuel per year, serving 744 ships annually.

Euronav to Write Down Value of its VLSFO Stockpile

Non-essential events at the port cancelled but port keeps working.