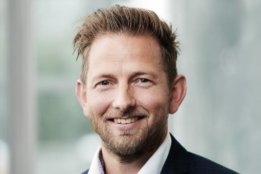 Kietz joined the firm in 2020 after a 14-year stint at Monjasa. Image Credit: Dan-Bunkering

Michael Dam Kietz, a key account manager for Dan-Bunkering based in its Middelfart head office, resigned on Monday and is now on garden leave, he said in an update to his LinkedIn profile on Tuesday.

Kietz joined the firm in August 2020. He had previously served in a variety of roles for Monjasa from 2006 to 2020, finally working as sales manager in Fredericia before stopping down in April 2020.

Dan-Bunkering is currently undergoing management changes as it reshapes the structure of its European operations. The company is planning a commercial merger of its three European units in Monaco, Copenhagen and Middelfart, it said in September.

Kenni Goldenbeck, previously the firm's sales manager in Middelfart, stepped down in October and said he would be taking six months off work.

The firm is looking for candidates with business-level English skills, knowledge of shipping and preferably previous experience in the bunker industry.